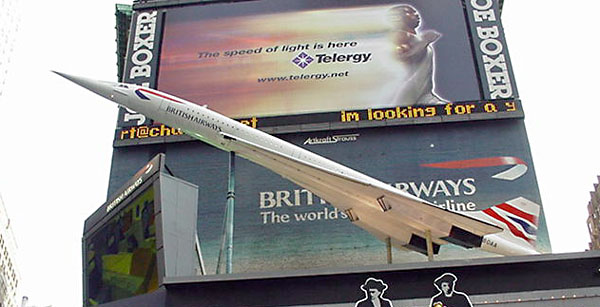 This half-scale model of Concorde in British Airways livery was situated directly across from One Times Square.
The model was built by L&L Tooling

Below some more pictures and info on the construction of the Times Square model. 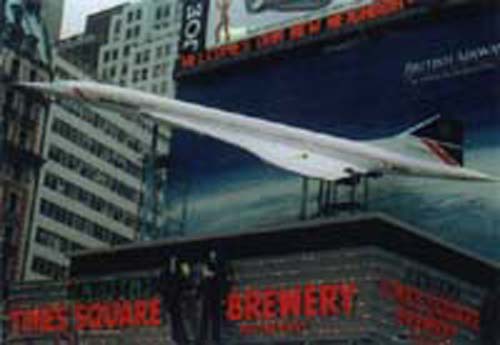 L&L Tooling was commissioned to build this 1/2 scale model of the flagship supersonic Concorde for British Airways. 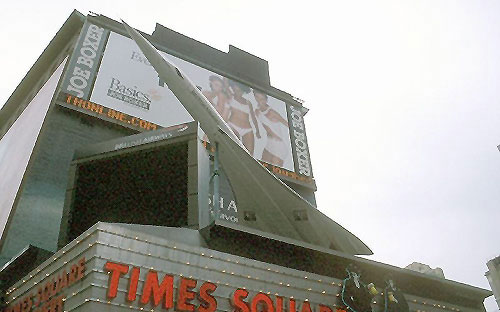 The finished Concorde was shipped to New York and placed four stories above the most famous and busiest intersection in the world: Broadway and 42nd Street, directly across from One Times Square (site of the New Year's Eve Ball Drop).

The Concorde was first sculpted by L&L Tooling technicians, then moulds were taken. From these moulds, and a lot of work, the fibreglass replica emerged.

The model was removed in 2001, when the lease on the site expired, and it was re-developed. It was donanted to the Cradle of Aviation museum on Long Island

Thanks to Kevin Lorenson at L&L Tooling who contacted me with the information.