Go-Ahead for Modifications Given 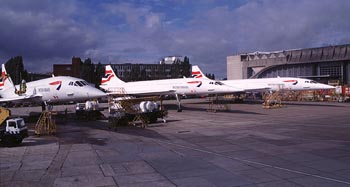 United Kingdom and French aviation officials yesterday gave conditional approval for modifications to Concorde, which could see the world's only supersonic civil aircraft return to commercial service by next Spring. The tentative clearance followed the fourth meeting of the joint Anglo-French working group in London which heard Concorde's manufacturers, EADS France (formarly Aerospatiale) and BAE Systems (formarly British Aerospace), spell out the proposed measures for returning the aircraft to service.

In a joint statement released after the meeting, the two governments, backed by their air safety regulators, said: "The manufacturers have defined a most probable scenario (for the fatal Concorde crash in Paris earlier this year), which was accepted by the authorities. Based on that, they presented a programme of work for the lifting of the suspension of the certificate of airworthiness which the group believes is sensible and achievable provided there are no unforeseen difficulties during the test and analyses that have been planned."

The modifications will focus on the installation of a floating lining in the aircraft's fuel tanks, to prevent the large loss of fuel that created a wall of flame behind the doomed Air France aircraft, and protection for the critical electrical and hydraulic systems located on the underside of the wing. 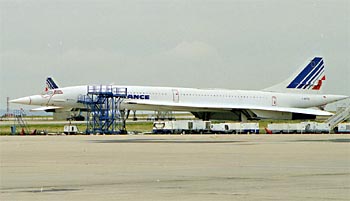 An Air France Concorde is expected to fly down to a test centre in the south of France in January for preliminary ground testing of the modifications, the London Financial Times reported. The aircraft will also be used to help crash investigators establish why two of the doomed Concorde's engines failed.

An internal lining will be installed in a BA Concorde and tests - including flight tests - should on this aircraft should performed around late February or early March, the Working Group said. Work is also focused on shielding the aircraft from electrical arcing in the landing gear bay, examining hydraulic gear and engine thrust. A BA spokesman said:

"The progress in putting together a package of measures to allow Concorde to resume services is encouraging."

"There is still much detail to be agreed and a certification process to be sorted out before we can set a firm timetable in place."

"We will not get it back into the air before the end of our financial year [at the end of March]," Rod Eddington, BA chief executive said earlier this week. "But we remain optimistic. We believe there is a technical fix which is both do-able and won't put so much extra weight into the aircraft that it won't have the range to operate supersonically across the Atlantic."

Due to the progress being made and the work now being carried out, the next meeting of the Working Group will is scheduled for Paris in February.

GO BACK TO ARCHIVE INDEX